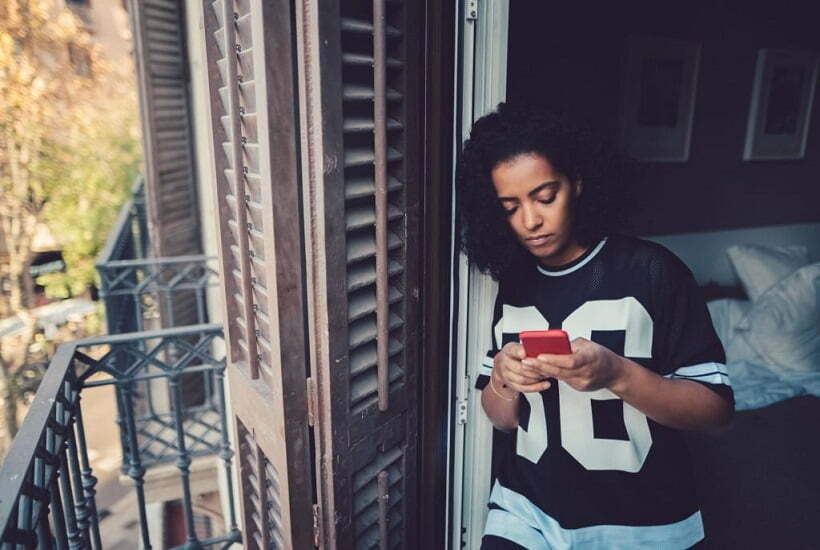 Debt collectors are not known to be courteous and kind. Their customer service is often very poor and with each passing year, they keep ranking topmost on the list of the most complained about industries reported to the FTC.

Some debt collectors have taken debt collection harassment to the extreme, so much that the FTC had to ban them completely from the industry. In their attempt to get you to make Comenity Sony card payments, debt collectors may use aggression, show a lack of empathy, or speak condescendingly to you. They may even go as far as trying to threaten and scare you (often with arrest or jail time) into making a payment. If the Sony card debt collector is nice to you, then you are among the lucky few who never have to face an aggressive or unethical debt collector.

It’s best to know how to deal with difficult debt collectors since you’re more likely going to encounter them on your debt repayment journey. Not knowing how to handle debt collectors well will lead to stress and frustration and may make you end up making payments you can’t afford simply because you are under pressure.

The third-party debt collector calling about your Sony credit card debt must abide by the Fair Debt Collection Practices Act. This is a federal law that guides what debt collectors are allowed to do and what they’re not allowed to do when trying to collect a debt from you.

According to the FDCPA, debt collectors trying to get you to make payments on your Sony rewards credit card, or any other credit card should not call you before 8 a.m. or after 9 p.m.

If you are being harassed in the process of dealing with a debt collector over your unpaid Sony credit card debt, you should know that your consumer rights are being violated and you do not have to keep silent. Reach out to a consumer protection attorney now by calling 877-700-5790 to protect your rights and find out if you are entitled to recover compensation on account of your harassment.

About the Sony credit card

Sony Visa Credit Card is issued by the Comenity Bank.

It is a $0 annual fee card that offers bonus rewards to cardholders on entertainment purchases, qualifying Sony products, and dining. Although the process of redeeming rewards on Sony credit cards is said to be cumbersome, there is no doubt that the card holds many mouthwatering rewards. To see all that Sony has to offer, visit sony.com.

For more information about your Sony credit card, visit comenity.net/sonyvisa. Additionally, always remember to keep your Sony card login details to yourself. Do not share it with anyone who calls claiming to be a debt collector or representative of the company.

This is easier said than done, as the Sony credit card debt collector may really be getting on your nerves and making you upset.

But you must keep your emotions in check as they may hinder you from making sound decisions and judgments. More so, you don’t want to say things the debt collector may use against you later. Speaking rudely to a debt collector is of no advantage to you. It won’t erase your debt, nor will it stop the debt collector from calling you.

Even if you have a justifiable reason for the Comenity Sony card debt, a rude debt collector most likely does not care. They’re not sympathetic and do not care how much you have to inconvenience yourself to pay them. If you notice that the debt collector is indifferent to your case, don’t try to force them to be sympathetic.

Generally, on the call, listen more than you speak. You also have the option of not picking up the call or ending it if the debt collector begins to make you too uncomfortable.

If the debt collector is going too far, scaring you, or demanding that you make a Comenity sony card online payment to them immediately, you may be dealing with a scammer. You should tell them to stop calling you and report their number to the FCC. If you are convinced that the debt collector is legitimate, then you can tell them to communicate with you in writing only or send them a cease-and-desist letter.

Note that after you tell the Sony Comenity card debt collector to stop calling you, they can still contact you just one more time to let you know what they plan to do next.

You don’t have to put up with debt collection harassment indefinitely. You can file a complaint about rude and abusive debt collectors to the Federal Trade Commission and the Consumer Financial Protection Bureau.

If there are enough complaints about the same debt collector, legal action may be taken against the collection agency, however, there’s no telling how long this will take.

A better approach would be to report the debt collector directly to a consumer rights attorney. They will listen to you and take your case up immediately. They will also offer you a personalized set of solutions suited to your specific problem. You can reach out to our team of A+ accredited attorneys by calling 877-700-5790.

Are you getting calls from a verified Sony Credit Card phone number?

Are you receiving any harassing phone calls from any of these numbers?

If the answer is yes, then you are receiving calls from a known Sony Credit Card phone number. You may be a victim of harassment from Sony and their team of affiliated third-party collectors. The list above is not all the numbers that American Kennel Club uses. The calls can be from different phone numbers and still be Sony calling you. Cardholders might also receive text messages from these numbers in relation to collecting a Sony credit card debt. Contact our office right away if you would like to put an end to the harassment.

If you are interested in learning more about how to stop the harassment you may be facing over your Sony credit card debt, call us at (877)700-5790 for immediate assistance or visit our website at www.consumerlawfirmcenter.com