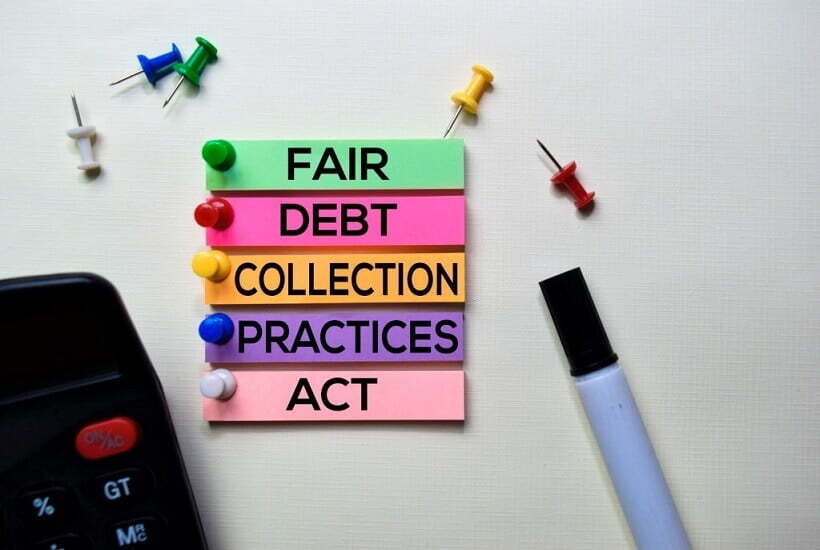 Who is shielded from FDCPA violations?

What types of debts are covered by the FDCPA?

Your credit card debt, auto loans, medical bills, student loans, mortgage, and other household debts are covered. Business debts are not. Additionally, the FDCPA does not generally cover collections by the original creditor to whom you first became indebted.

You have the right to dispute a debt you don’t believe that you owe. This is a critically important tool that the FDCPA guaranteed to consumers.

The first step is to inform the debt collector that you’ll be disputing the debt and request a written debt verification letter. Collectors have an indefinite amount of time to validate the debt, but collection calls and letters must stop while the debt is being verified.

The verification letter should include a whole host of information, including:

1. Name and contact information for the original creditor (this doesn’t mean the collector currently trying to get the debt from you, but the first creditor with whom you did business. An example of this would be the credit card company whose product you used.)
2. Why they believe you owe the debt, i.e. you made purchases on a credit card, stopped paying, etc.
3. All recorded owners of the debt
4. The amount of the debt and the date at which it was first incurred.
5. The authority under which the collector is attempting to collect.

What If My Debt is Old?

Debt collectors have a certain number of years within which they can sue you and win to collect a debt. It’s called the statute of limitations, and usually begins when you fail to make a payment on a debt. Once it’s over, your unpaid debt is considered “time-barred,” but in some states, you have to raise the age of the debt as a defense to win.

How long the statute of limitations on a debt lasts depends on what kind of debt it is, and the law in your state or the state specified in your credit contract.

Also, under the laws of some states, if you make a payment or provide written acknowledgment of your debt, the clock may start ticking again.

Can a debt collector contact me about a time-barred debt?

Yes. Even if a debt collector can’t successfully sue you over a time-barred debt, you may still owe it.

Does a time-barred debt stay on my credit report?

What should I do if a debt collector sues me?

If a debt collector files a lawsuit against you to collect a debt, respond, either personally or through your attorney, by the date specified in the court papers. That will preserve your rights and prevent a default judgment from being entered against you.

What recourse do you have for a debt collector who violates the FDCPA?

You can sue a collector in a state or federal court within one year of the date the law was violated. You can sue for damages, like lost wages and medical bills. If you can’t prove damages, you can still be awarded up to $1,000, plus reimbursement for attorney’s fees and court costs. Please note that even if you are successful in your FDCPA claim you will still owe the debt if it’s valid. Call us at 877-700-5790 for more information.